READ THE LATEST ABOUT THE USTL PROGRAM

A Letter of Thanks For My Exchange

An American friend recently sent me a message about how proud she is of me. She said that I have come a long way, overcoming my obstacles and challenges. She watched me struggle on my first day learning English and adapting to the [American] culture. She praised my hard work on events on campus at Saint Michael’s College. She said I made a powerful impact and will leave a legacy that will stay forever in this school. She said that I am her biggest inspiration. I receive that compliment almost every day through social media messages, especially from young people in Timor. None of it would have been possible without the United States Timor-Leste (USTL) scholarship program.

When I was about 15 years old, I wanted to be a scientist. I wanted to help the world by eliminating diseases. When I was almost finished with high school in Timor-Leste, a conflict broke out. The long-awaited independence that my country sought was now in our doorway. Freedom wasn’t free, as we all know. My country gained freedom, but 90 percent of our infrastructures, including our houses, schools, churches, markets, etc. were destroyed in the process. My best friend lost her father to that terrible event. My family was separated at first, but we reunited after one month. That night I was sleeping on the floor in our burnt house, but as I looked up to the sky, I was happy. I didn’t have a house, but I was back in my family home.

We relied upon family overseas and aid to survive during our first months of freedom. My father got a job with the Jesuit priests and I got a job in a newly opened take away [shop], an Australian-Timorese owned restaurant. It was the first restaurant in the country. I had three months left to graduate from high school, so I went to school in the morning and worked at night.

After a few months struggling with work and study–sometimes I fell asleep in the classroom–I finally graduated. But there was no college or university to go to. Everything was destroyed. The only option was to go study overseas.

My parents could barely survive with the money that my dad was making ($120/month). My salary was a contribution to the family. I am the oldest of 11. Having 10 younger siblings is hard. So I decided to not go to college, but instead to keep working to help my siblings achieve their dreams.

I sent one of my brightest brothers to Indonesia to attain his engineering degree and today he is one of the best engineers I have ever met. I also sent my sister to Indonesia to study and she is now a manager at one of the most popular villas in Timor. I helped my siblings achieve their dreams and tried to be a good role model for them. I tried to survive by working in one place or another. During those years I experienced hard times and good times. It made me who I am today. I worked in a restaurant, at NGOs, a bank, the United Nations, the European Union, in the private sector, and even in a government position. I felt the need to contribute more to my beloved country, but I didn’t know how until one of my colleagues came to me and said that he saw a lot of potential in me. He suggested that I go back to school and get my degree.

I was 34 years old then. Who would want to give a scholarship or sponsor someone this age to go back to school? This question was dancing around my head day and night, but it didn’t stop me from dreaming. I applied to a Hillary Scholarship program and I failed. I also applied to ADS (Australia and NZ scholarship program); I also failed there. I used my failure as a lesson to be better version of me. My third attempt was the United States Timor-Leste (USTL) scholarship program. I worked hard on my application forms. I applied, I prayed, and I waited. Step by step the light shone on me. I passed my application selection. Then, I passed my English test. Finally, I passed my interview.

Before USTL, I was a 34-year-old thinking that studying in the United States was only a dream for the poor and a reality for the rich. I would like to thank USTL for giving me an opportunity that otherwise I would never have had. USTL has helped me gain confidence that I can do anything. I have conquered my dream through hard work and being myself. I feel anything is now possible because of the opportunity this program gave me. 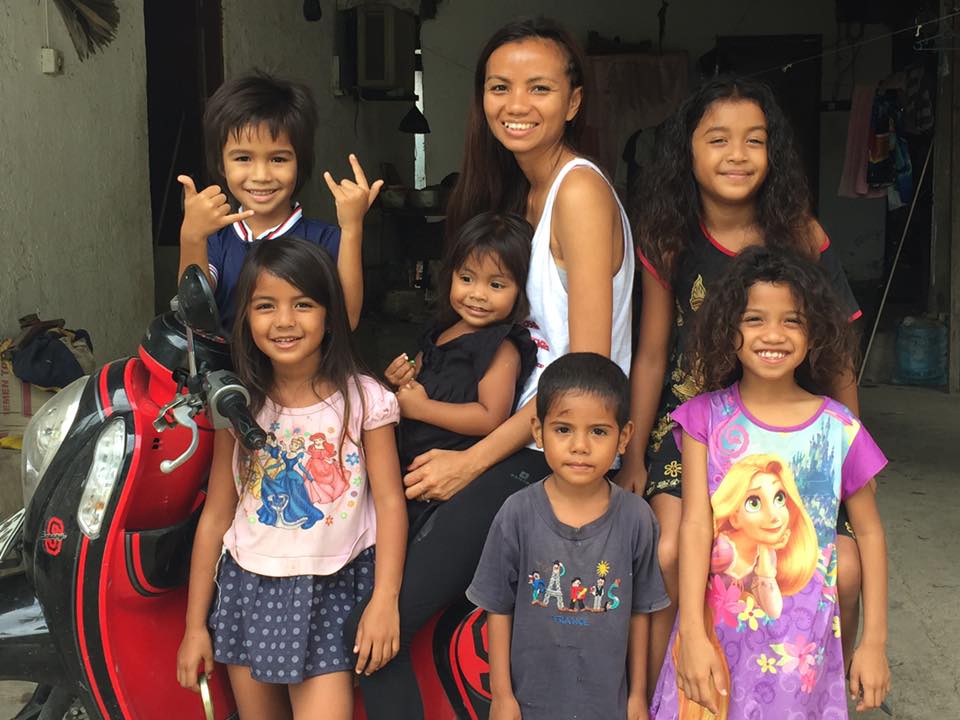 Rania, center, in Timor with her nieces and nephews 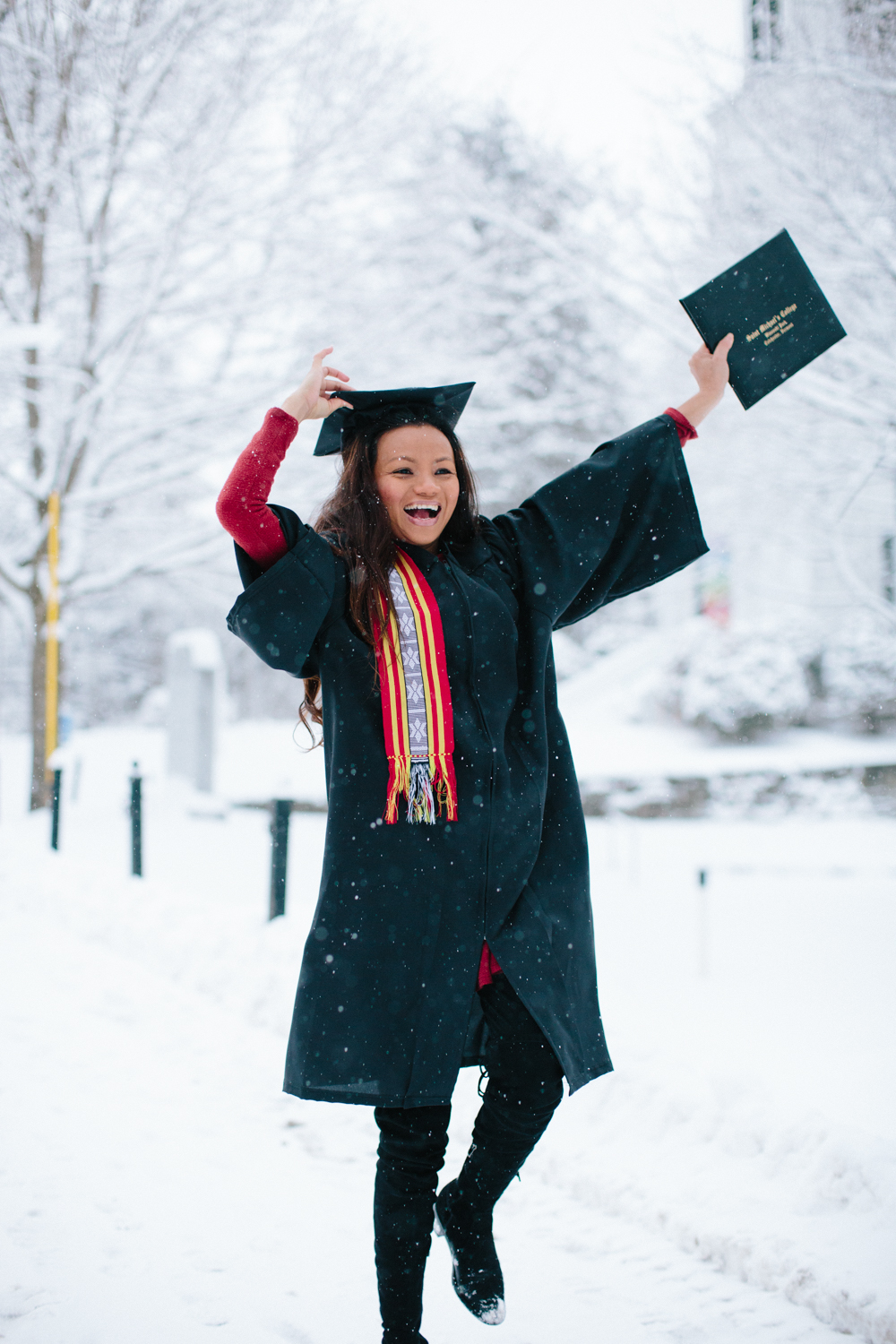 Rania, wearing a cap and gown, dancing in the snow with her diploma celebrating graduation